The number of active North Hollywood Homes For Sale (91601) increased by 14.7% from the previous month.The median number of days properties have been listed is 70. This is significantly shorter than the national average. 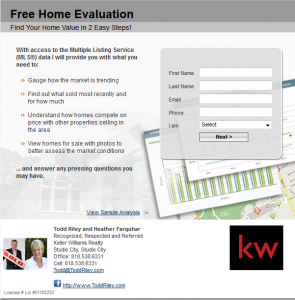 Looking For North Hollywood Homes For Sale? How about a little history lesson while you search? 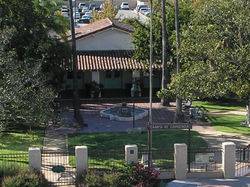 In January, 1847 Lt. Col. John C. Fremont of the United States and General Andres Pico of Mexico met at the Campo de Cahuenga (“Cahuenga Field”), and signed the treaty that was to end the war between their two countries.  Now marking the spot is an historical monument across Lankershim Blvd. from the main entrance to Universal Studios. So, California Statehood began in North Hollywood.

Twenty-two years later, in 1869, newcomer Isaac Lankershim and I.N. Van Nuys  purchased the entire southern half of the San Fernando Valley, about 59,500 acres, for $115,000, and planted wheat. And so began  the Valley’s  agricultural industry.

A general store and a hotel in 1888 was the beginning of  commercial development.  By 1896, a post office, rail depot, school, and blacksmith had been added

In 1910, the Bank of Lankershim opened, then a market, bakery, dry goods store and drug store. Streetlights, a constable, and cars.

Mulholland Aqueduct opened in 1913; William Mulholland brought the Owens River to Los Angeles through a combination of determination and deceit. Mulholland had led the people of Los Angeles that drought was iniment when in fact he had always intended for the water to go to the San Fernando Valley where he and his friends had been buying up acres of land. His “stealing of the water from the Owens Valley led to what is known as the “the Owens Valley War.” This piece of Valley history was depicted in the 1974 movie “Chinatown,” starring Jack Nicholson and Faye Dunaway.

At the close of World War I, Victory Boulevard was named in honor of those who had served in the Great War. The first natural gas line ran from Burbank to Lankershim, servicing 62 customers.

North Hollywood High School opened with 800 students, graduating its first class in 1928.
The first telephone exchange was established, with 169 subscribers.

Population climbed to about 20,000 by the time of the 1929 Stock Market Crash and Great Depression. In 1938 the Los Angeles River could not contain a heavy downpour and its banks overflowed. Property damage was $40 million, and 49 people died.

North Hollywood resident, Amelia Earhart, disappeared in her attempted around-the-world flight in 1937. In 1936 a new post office was dedicated and North Hollywood’s first traffic signal was installed at Lankershim and Magnolia Blvd.

During World War II, a major defense industry sprang up in the San Fernando Valley, and some of the old trees planted in the 1880s were destroyed.

By now the community had moved away from cattle and sheep to wheat fields and fruit orchards. Bonner Fruit and Cannery Co., located on Chandler near Lankershim, produced and shipped tons of canned fruit throughout the United States. North Hollywood was known as the “home of the peach”  then later  “home of the hen.”

The end of the war brought major growth and a housing shortage, but demand for housing soon led to a construction boom that took the Valley from a predominantly agricultural area into a sprawling suburban community.

Valley Plaza became a reality in 1952 as the Sears store was dedicated. May Co. opened its doors in 1955.

North Hollywood High heralded its uncrowned city champion football team of 1954, and Bob’s Big Boy in Toluca Lake was the place to be.

MCA (Universal) opened the studio to public tours in 1959 .

Back To Top Of Page

In the 1980s,  Academy of Television Arts & Sciences was built. The Chamber became the Universal City/North Hollywood Chamber of Commerce in 1985.
The Universal City/North Hollywood Chamber has continuously selected an Honorary Mayor, starting with Glenda Farrell in 1938. Some of the notable people who have served as Honorary Mayors have been Gene Autry, Gordon Jenkins, Elise Harmon, Arthur Wong, Yvonne De Carlo and Andy Griffith.  The late Miss Beverly Garland, has been honorary major since 1973.

The NoHo Arts District is  a one-square mile community filled with an eclectic array of entertainment options, located in North Hollywood, just one mile north of Universal Studios on the Metro Redline, “North Hollywood” stop. With more than 20 theatres, six art galleries, public art, professional dance studios, music recording venues, annual festivals, international dining options and a myriad of clothing and specialty shops, NoHo is your one-stop arts & entertainment destination. The NoHo Arts District is becoming a sought after place to live when looking for North Hollywood Homes For Sale

Many Chamber of Commerce and community events take place throughout the year, such as our NoHo Theatre and Arts Festival, Comedy Nights, Networking Mixers, State of the Community Luncheon, and informative Monthly Networking Breakfast meetings.
Back To Top Of Page